Thomas Sorensen was a fantastic goalkeeper for a long time in the Premier League and will be disappointed with how all of his former teams have done this season.

The keeper, who played over 100 times for Denmark, will be hoping that his national side will perform better in the 2018 World Cup. Sorensen knows about the pressure of playing for his country as well as being the man that replaced Peter Schmeichel.

Sorensen started his career at Odense but didn’t manage to play a first team game for the club and had to go out on loan to Vejle in December 1995. After an impressive start he was dubbed the new Schmeichel but after a mistake against Viborg, he was dropped and wouldn’t play for the club again. He returned to his parent club but was again loaned out, this time to Svendborg, and he played the full season as number one.

In the summer of 1998, Sorensen moved to Division One club Sunderland and was an instant success smashing the club’s record of clean sheets with 29 as the club won the title and returned to the Premier League. In their first two seasons back, he helped them finish 7th in the league and gain hero status by saving a penalty from Alan Shearer in a victory over rivals Newcastle United. Injuries cost the side during the 2002-03 season with the keeper only playing 21 games and they were eventually relegated from the top flight.

After 197 games and being courted by many big clubs, it was time for the Dane to move on and he signed for Aston Villa for £2 million. In his first three seasons he was their undisputed number one, only missing four games, and once again delighted both the Villa and Sunderland fans by saving another Alan Shearer penalty. During the 2007-08 season he was replaced by Scott Carson as the number one and decided it was time to leave at the end of the campaign.

Stoke City signed the keeper after a trial and was made first choice, helping the club to a 12th place finish in their first ever Premier League season. While at Stoke he became a penalty saving expert and he saved five out of six he faced but his position was coming under threat from new signing Asmir Begovic. He started the first nine games of the 2010-11 season, however this would be the last time he would be first choice and in his last three seasons at the club he would only feature 12 times. 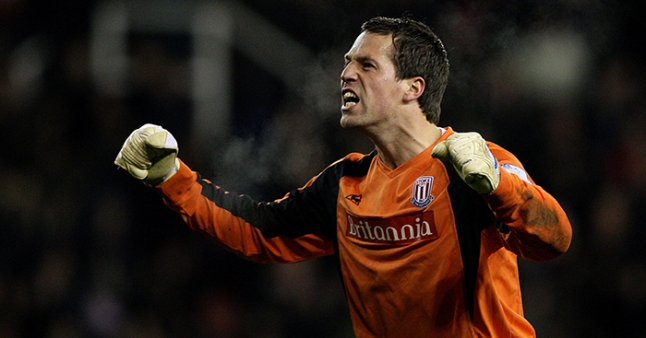 His last career move was to Australian side Melbourne City on a two year deal. He played 30 times in his first season but then only 10 in the next campaign so at the age of 41 and 575 appearances to his name Sorensen decided to retire.

The final word can go to former Stoke manager Tony Pulis. “Thomas is a fantastic acquisition. I believe he is a very, very good goalkeeper.