Peter Thorne was a striker that was feared in the lower leagues of English football for many years and scored just short of 200 goals in his career.

The forward was successful almost everywhere he went but his career began slowly at Blackburn Rovers, where he is only first team appearance came in the 1994 Charity Shield against Manchester United. To get some playing time Thorne went out on loan to Wigan Athletic during the season but unfortunately couldn’t score in his 11 games. Swindon Town then took a chance on him and despite his impressive 11 goals in 23 games he could not stop them from getting relegated from Division One. Thorne stayed at the club and helped them gain promotion with another 11 goals.

In his final season he scored 10 goals before moving to Stoke City in July 1997. Once again he was successful with 16 goals but his team were disappointing and another relegation followed. The next few years were heartbreaking for the club and the fans as they failed to gain promotion and were unfortunately defeated in several playoff attempts. But Thorne did score 30 goals in the 1999-00 season and also became a club hero by scoring the winning goal in the 2000 Football League Trophy final.

After 80 goals for Stoke, Cardiff City signed the striker for a club record £1.7 million in September 2001. The first season wasn’t ideal as he struggled with injuries but the following campaign he combined brilliantly with striker partner Robert Earnshaw and the pair scored a total of 52 goals. Over the next two seasons injuries haunted him however he still scored a decent amount of goals. 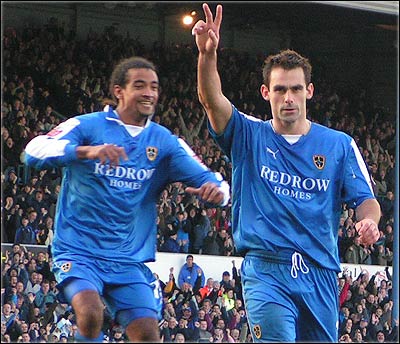 With Cardiff struggling financially this meant Thorne was allowed to leave for Norwich City. In his two seasons at the club he only managed two goals and the striker did contemplate retirement. Bradford City convinced Thorne to sign for them on a one year deal and he would become a popular player.

A hip injury stopped him from starting the league season but he quickly got up to the pace of League Two and would score regularly, including a hatrick in a 3-0 win over Notts County. Due to his form he was given a contract extension and once again rewarded his manager straight away by scoring two goals in each of the first two games and then adding a fifth of the season in the third game. By the start of November he already had 11 goals, however a shoulder injury slowed his progress and he ended the season with 17 goals. These would be his last career goals.

The final word can go to former Bradford manager Stuart McCall. “We know we’ve got a good goalscorer. Obviously with the little niggles that Thorney has had there is no guarantee he will play ‘X’ amount of games but if he does get 30 to 35 games, there is a good chance he will end with 15 to 20 goals.”

Birmingham City stayed in the Championship with a last gasp equaliser against Bolton Wanderers and one of their players might not have expected to be a Championship player the next time his birthday rolled around.

Goalkeeper Darren Randolph turns 27 today and has been one of the few consistent players Birmingham have had this season with him appearing in every single league game. It cannot have been easy for him as the club brought in a lot of loan players and the defenders in front of him kept changing. But Randolph knows what it is like being a young player and having to go out on loan to play first team football so he would have been able to give these players some good advice.

Randolph first played for Ardmore Rovers before joining Charlton Athletic in 2003 and it wasn’t long before he was going out loan as he joined Welling United in 2004 and played four times for the club. At the beginning of the 2004-05 season he was back out on loan again, this time to Accrington Stanley who played him 14 times in the league and at the end of the season he had impressed enough to earn a contract extension at his parent club.

In August 2006 he went out on loan again to Gillingham for a month and on his return he finally made his Charlton debut against Liverpool where he performed well. Manager Alan Pardew said of his performance. “The professionalism Darren shows in training as back up was evident. You can’t put a performance like that in without a lot of hard work that no one ever sees.”

After more loan spells away from the club (Bury and Hereford United) he eventually left permanently and joined Scottish side Motherwell. He proved what a fantastic goalkeeper he was straight away and broke John Ruddy’s club record of 15 clean sheets in a season in his first year and helped them reach the Scottish Cup Final. The next season he also performed well and made some crucial saves, and gained recognition by being named in the PFA Scotland Team of the Year. With Rangers unable to compete in European football it meant that Randolph got to taste Champions League football and although it ended in defeat it would still have been a great occasion for him.

Motherwell continued their fine form into the next season and finished in second place behind Celtic and Randolph was once again named in the team of the year which meant that, with his contract expiring in the summer, a lot of clubs would be looking at him. His manager at the time Stuart McCall said: “Darren has been outstanding for us and if I was managing in the Championship now I would go for him straight away.”

Although McCall wouldn’t have wanted him to leave, he knew it would be difficult to keep hold of him and Birmingham City were the team to sign him. The club struggled in the season just finished but he will be hoping for better things next time around.

The final word can go to Stuart McCall. “He is not only an outstanding goalkeeper, he is a really good guy, he is composed, he gets about his job and he never lets us down.”

At the age of 17 years and 323 days this player scored a goal that would make history as he became the youngest player to score in a League Cup final.

In 1983 Norman Whiteside made history by scoring against Liverpool and now on his 49th birthday it is a great time to look back on a fantastic career that was filled with great moments but was sadly cut short by injury. From an early age he started having injury problems and had to change the way he played to accommodate his damaged knee and pelvis but this did not stop him becoming one of the best young talents ever seen in England.

He became Manchester United’s youngest player since Duncan Edwards when he came on as a substitute against Brighton two weeks before his 17th birthday. On the final day of the season, eight days after his 17th birthday he became the club’s youngest goalscorer after scoring in a 2-0 home win over Stoke City.

The 1982-83 season was when he really started to show his potential by scoring four goals in his first five games and also helped the club get into the final of both the FA Cup and League Cup. After scoring in the League Cup final and being the youngest player to do so, he repeated this in the FA Cup final scoring a header against Brighton at the age of just 18 years and 18 days.

Over the next few years he continued to impress but he did lose his place in the team for a while but a change of position to proved to be a revelation. The team only lost one of their first 15 games with him in midfield alongside Bryan Robson. After a promising start to the next campaign in which they won 13 of their first 15 games and drew the other two they were seen as favourites for the title however a decline in the second half of the season meant he missed out on a championship medal.

At the age of 21 another injury struck and this almost caused him to retire but on his return from injury he was moved back upfront by new manager Alex Ferguson and scored three times in his four games back. In the 1987-88 season he ruptured his achilles and missed almost a year of action and after he only scored one more goal for the Old Trafford team.

Whiteside left the club for Everton and he formed an effective partnership with Stuart McCall scoring 13 times in 35 appearances however another injury in 1990 meant that he needed another operation and although he tried his best to come back he was forced to retire from the game at the age of 26. 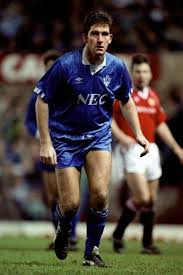 He could have been one of the best players ever if it wasn’t for his injuries but he was still a phenomenal footballer that delighted the crowds every time he was on the pitch. The last word can go to Alex Ferguson. “The excellence of his technique gave him easy mastery of the ball. He was an island of composure, looking up and unhurriedly making his decisions. He rarely surrendered possession and increased the angle and weight of his passes so well that receivers never had to fight for the ball. As a player he was close to the genius category.”